Seals, or Pinnipeds, are carnivorous, semiaquatic mammals with 33 species being comprised in the families Odobenidae (whose only member is the walrus, Odobenus rosmarus, the biggest Pinniped), Otariidae (seals with ears, such as sea lions and fur seals), and Phocidae (seals without visual ears). Unlike true seal species, for example harbour seals (Phoca vitulina) and grey seals (Halichoerus grypus), fur seals and sea lions are able to walk on their extremities due to their different physique, which includes long, muscular flippers.

Nearly all seal species live in coastal marine habitats, from the Arctic to Antarctica. The exception is the baikal seal (Phoca sibirica), which is endemic to Lake Baikal in Siberia. The leopard seal (Hydrurga leptonyx) is the top predator among all Pinnipeds. Besides penguins, it also preys on other seals and has a distinctive appearance with a head profile more like a reptile than a mammal.

Seal colonies are a popular destination for marine wildlife tourists, and in-water interactions with particular seal species are offered in some parts of the world, e.g. in Australia and New Zealand. 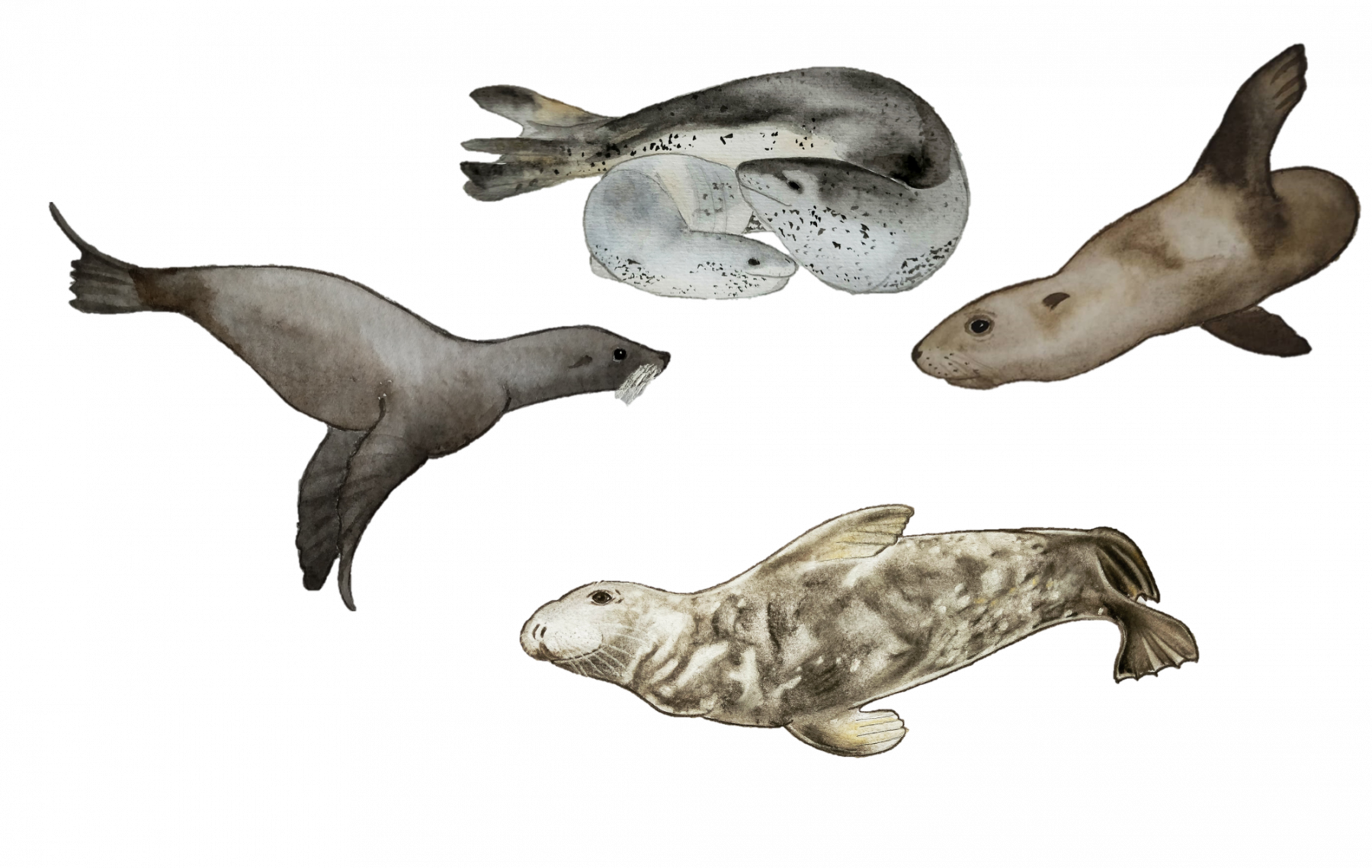